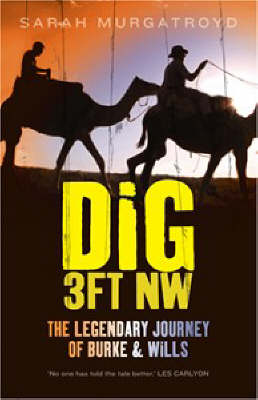 In 1860, an eccentric Irish police officer named Robert O'Hara Burke led a cavalcade of camels, wagons and men out of Melbourne. Accompanied by William Wills, a shy English scientist, he was prepared to risk everything to become the first European to cross the Australian continent. A few months later, an ancient coolibah tree at Cooper Creek bore a strange carving- 'Dig 3ft NW'. Burke, Wills and five other men were dead. The expedition had become an astonishing tragedy. In Dig 3FT NW, the young adult edition of her bestselling classic The Dig Tree, Sarah Murgatroyd reveals new historical and scientific evidence to tell the story of the disaster with all its heroism and romance, its discoveries, coincidences and lost opportunities. Generously illustrated with photographs, paintings and maps, Dig 3FT NW is a spell-binding book for teenagers and adults alike.

A Preview for this title is currently not available.
More Books By Sarah Murgatroyd
View All