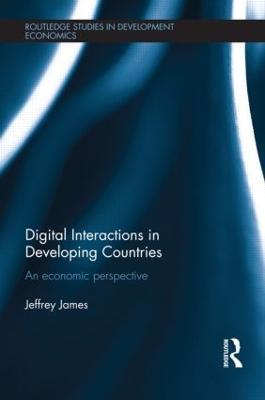 Jeffrey James is one of the relatively few academics to have systematically taken on the topic of IT and development. In this timely book he undertakes a methodological critique of prominent topics in the debate.

Challenging the existing literature by international and governmental institutions, the book looks not only at the digital divide but also at issues such as digital preparedness, leapfrogging and low-cost computers. James also raises important issues which have been largely neglected in the literature, such as the implications for poverty in developing countries and the macroeconomics of mobile phones.

The book argues that benefits from IT are captured in a different form in developing as opposed to developed countries. In the latter, gains come from technology ownership and use, whereas in the former, benefits cannot be captured as much in this way because ownership is more limited. Interestingly, the author shows that developing countries have responded to this distinction with a series of local innovations which are often low-cost and pro-poor. This finding contradicts the widely held view that poor countries are unable to generate major innovations within their own borders.

Accessible and clearly written, this book will be of great interest to scholars of development economics and development studies, and is relevant to both policy-makers and academics.

Other Editions - Digital Interactions in Developing Countries by Jeffrey James 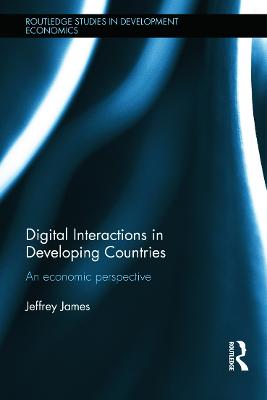 A Preview for this title is currently not available.
More Books By Jeffrey James
View All