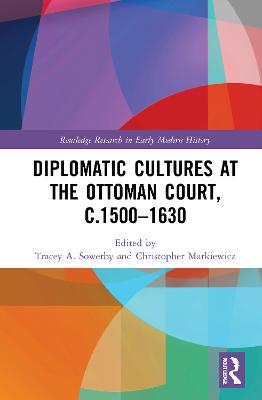 Description - Diplomatic Cultures at the Ottoman Court, c.1500-1630 by Tracey A. Sowerby

In the sixteenth century, the Ottoman court in Constantinople emerged as the axial centre of early modern diplomacy in Eurasia. Diplomatic Cultures at the Ottoman Court, c.1500-1630 takes a unique approach to diplomatic relations by focusing on how diplomacy was conducted and diplomatic cultures forged at a single court: the Sublime Porte. It unites studies from the perspectives of European and non-European diplomats with analyses from the perspective of Ottoman officials involved in diplomatic practices. It focuses on a formative period for diplomatic procedure and Ottoman imperial culture by examining the introduction of resident embassies on the one hand, and on the other, changes in Ottoman policy and protocol that resulted from the territorial expansion and cultural transformations of the empire in the sixteenth century. The chapters in this volume approach the practices and processes of diplomacy at the Ottoman court with special attention to ceremonial protocol, diplomatic sociability, gift-giving, cultural exchange, information gathering, and the role of para-diplomatic actors.

A Preview for this title is currently not available.
More Books By Tracey A. Sowerby
View All