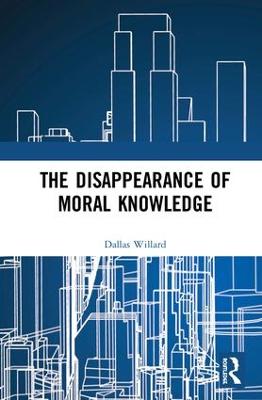 The Disappearance of Moral Knowledge

Description - The Disappearance of Moral Knowledge by Dallas Willard

Based on an unfinished manuscript by the late philosopher Dallas Willard, this book makes the case that the 20th century saw a massive shift in Western beliefs and attitudes concerning the possibility of moral knowledge, such that knowledge of the moral life and of its conduct is no longer routinely available from the social institutions long thought to be responsible for it. In this sense, moral knowledge-as a publicly available resource for living-has disappeared. Via a detailed survey of main developments in ethical theory from the late 19th through the late 20th centuries, Willard explains philosophy's role in this shift. In pointing out the shortcomings of these developments, he shows that the shift was not the result of rational argument or discovery, but largely of arational social forces-in other words, there was no good reason for moral knowledge to have disappeared.

The Disappearance of Moral Knowledge is a unique contribution to the literature on the history of ethics and social morality. Its review of historical work on moral knowledge covers a wide range of thinkers including T.H Green, G.E Moore, Charles L. Stevenson, John Rawls, and Alasdair MacIntyre. But, most importantly, it concludes with a novel proposal for how we might reclaim moral knowledge that is inspired by the phenomenological approach of Knud Logstrup and Emmanuel Levinas. Edited and eventually completed by three of Willard's former graduate students, this book marks the culmination of Willard's project to find a secure basis in knowledge for the moral life.

Other Editions - The Disappearance of Moral Knowledge by Dallas Willard 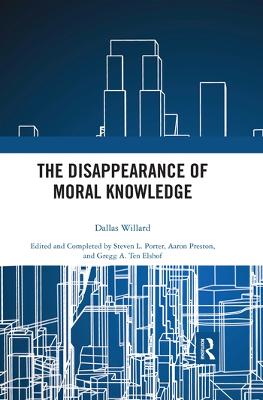 A Preview for this title is currently not available.
More Books By Dallas Willard
View All