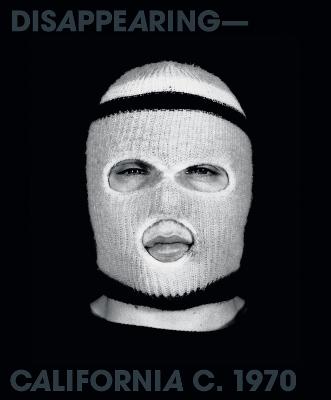 This insightful book explores the theme of disappearance in the 1970s performance art of Bas Jan Ader, Chris Burden, and Jack Goldstein. In 1971, Chris Burden disappeared for three days without a trace. This book, also entitled Disappearing, examines the theme of disappearance in the works of Burden and his contemporaries, Bas Jan Ader and Jack Goldstein, in 1970s Southern California. Loosely affiliated, these three artists shared an interest in themes of disappearance and self-effacement. In 1972, Goldstein buried himself alive during a performance, while during Ader's tragic last work, In search of the miraculous (1975), the artist vanished crossing the Atlantic. Responding to cultural pressures like the Vietnam War and the nascent field of feminist art, the artists used "disappearing" as a response to the masculine anxiety of the 1970s. This book reveals a fascinating intersection between major figures at a critical turning point for Californian art. AUTHOR: Philipp Kaiser is an independent curator based in Los Angeles. SELLING POINTS: This book explores three different artists' approach on the theme of dissapearing Bas Jan Ader: was a Dutch conceptual artist, performance artist, photographer and filmmaker. One of his most famous works, I'm too sad to tell you, consists of a 3-minute silent black-and-white movie of him crying. Ader was lost at sea in 1975 attempting to cross the Atlantic Ocean for a performance piece. Chris Burden: was an American artist working in performance, sculpture and installation art. He is known for controversially combining danger with his art. One of his better known performances is the 1971 piece Shoot, in which he was shot in his left arm by an assistant from a distance of about sixteen feet with a .22 rifle. Jack Goldstein: was a Canadian born, California-based performance and conceptual artist. He produced his own audio and video including "The Six Minute Drown" which is agonising sounds of a drowning man reverberate for six minutes in total isolation and "Metro-Goldwyn Mayer" (1975), a two-minute loop of the film studio's roaring lion mascot on a blood red field. 100 colour images

A Preview for this title is currently not available.
More Books By Philipp Kaiser
View All