Alastair Duke has long been recognized as one of the leading scholars of the early modern Netherlands, known internationally for his important work on the impact of religious change on political events which was the focus of his Reformation and Revolt in the Low Countries (1990). Bringing together an updated selection of his previously published essays - together with one entirely new chapter and two that appear in English here for the first time - this volume explores the emergence of new political and religious identities in the early modern Netherlands. Firstly it analyses the emergence of a common identity amongst the amorphous collection of states in north-western Europe that were united first under the rule of the Valois Dukes of Burgundy and later the Habsburg princes, and traces the fortunes of this notion during the political and religious conflicts that divided the Low Countries during the second half of the sixteenth century. A second group of essays considers the emergence of dissidence and opposition to the regime, and explores how this was expressed and disseminated through popular culture. Finally, the volume shows how in the age of confessionalisation and civil war, challenging issues of identity presented themselves to both dissenting groups and individuals. Taken together these essays demonstrate how these dissident identities shaped and contributed to the development of the Netherlands during the early modern period. 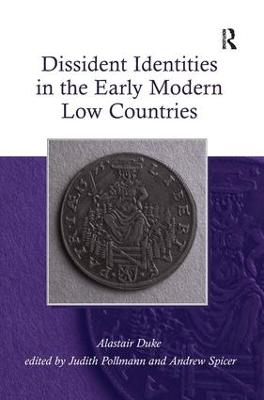 A Preview for this title is currently not available.
More Books By Alastair Duke
View All