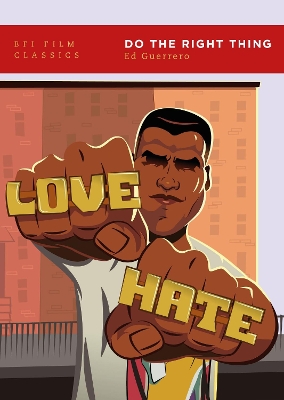 Do the Right Thing

Description - Do the Right Thing by Ed Guerrero

Spike Lee's Do The Right Thing (1989) is one of the most popular and celebrated examples of the African-American new black film wave. Set during the hottest day of a hot summer in New York City, the film's ensemble cast, including Lee himself, brilliantly play out the edgy negotiations and dramas of a racially and culturally diverse working-class Brooklyn neighborhood. Contrary to Hollywood's markedly cautious treatment of 'race' and its confinement to the South and the past, Do The Right Thing offers a nuanced portrayal of black urban life.From hip-hop fashions, Afrocentric colors and rap music, to police brutality, gentrification, non-white immigration, de-industrialization and joblessness, Do The Right Thing depicts it all, from a contemporary, African-American point of view. In his insightful study of the film, Ed Guerrero discusses how it epitomizes Spike Lee's powerful impact on the representation of race and difference in America, the progress of black film-making and the rise of multicultural voices in the media. This new edition includes a foreword by the author reflecting on Lee's subsequent film-making career and on an America in which African-Americans still contend with racial discrimination and police brutality.
Guerrero emphasizes Lee's especially timely understanding of black film-making as a complex act, mixing the skills of art, politics, and business in order to fashion a creative practice that confronts institutional discrimination and power relations head on.

Other Editions - Do the Right Thing by Ed Guerrero 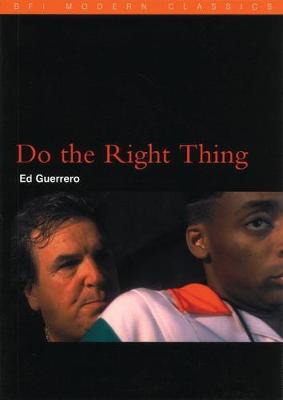 A Preview for this title is currently not available.
More Books By Ed Guerrero
View All