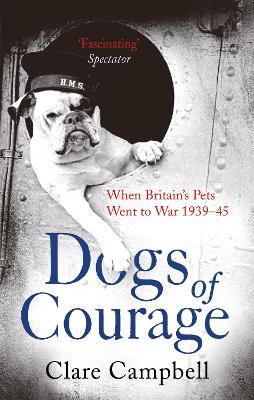 In Bonzo's War, Clare Campbell told the fascinating story of what it was like for Britain's pets when the world was at war. This time, she follows the incredible journey of the dogs who conscripted to fight for their country, with some even returning with medals for their bravery. During the most dangerous days of the Second World War, the British government set out to recruit an army of canines - a 'Guard Dog Unit'. This experimental team of brave hounds would later use their incredible sense of smell to sniff out the anti-personnel mines that barred the way to reclaiming Europe. Dog owners countrywide shed tears as they bid farewell to their beloved 'Brian', 'Rex', or 'Molly' and packed them off to the War Dogs Training School to learn the skills they'd need to 'do their bit for Britain' on the very frontiers of the Third Reich. The soldiers waiting out in the field to greet their canine counterparts were under strict instructions: do not get too attached to your new four-legged companion. That bit proved disastrously impossible.Based on original documents, first-hand accounts and interviews, DOGS OF COURAGE tells a story of human determination, heartbreak and uncompromising canine courage that has never been told before.

Other Editions - Dogs of Courage by Clare Campbell 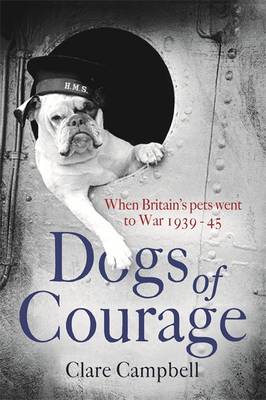 A Preview for this title is currently not available.
More Books By Clare Campbell
View All