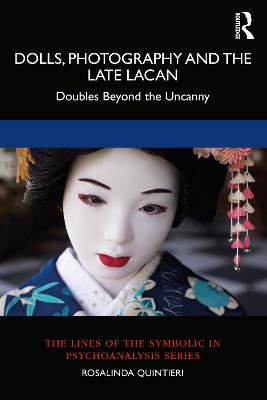 Dolls, Photography and the Late Lacan: Doubles Beyond the Uncanny

Description - Dolls, Photography and the Late Lacan: Doubles Beyond the Uncanny by Rosalinda Quintieri

In this fascinating new book, Rosalinda Quintieri addresses some of the key questions of visual theory concerning our unending fascination with simulacra by evaluating the recent return of the life-size doll in European and American visual culture. Through a focus on the contemporary photographic and cinematic forms of this figure and a critical mobilisation of its anthropological complexity, this book offers a new critical understanding of this classical aesthetic motif as a way to explore the relevance that doubling, fantasy and simulation hold in our contemporary culture.

Quintieri explores the figure of the inanimate human double as an "inhuman partner", reflecting on contemporary visuality as the field of a hypermodern, post-Oedipal aesthetic. Through a series of case studies that blur traditional boundaries between practices (photography, performance, sculpture, painting, documentary) and between genres (comedy, drama, fairy tale), Quintieri puts in contrast the new function of the double and its plays of simulations on the background of the capitalist injunction to enjoy.

Engaging with new theories on post-Oedipal forms of subjectivity developed within the Lacanian orientation of psychoanalysis, Quintieri offers exciting analyses of still and moving photographic work, giving body to an original aesthetic model that promises to revitalise our understanding of contemporary photography and visual culture. It will appeal to psychoanalysts and researchers from Lacanian psychoanalysis, visual studies and cultural theory, as well as readers with an academic interest in the cultural history of dolls and the theory of the uncanny.

Buy Dolls, Photography and the Late Lacan: Doubles Beyond the Uncanny by Rosalinda Quintieri from Australia's Online Independent Bookstore, BooksDirect.

Other Editions - Dolls, Photography and the Late Lacan: Doubles Beyond the Uncanny by Rosalinda Quintieri 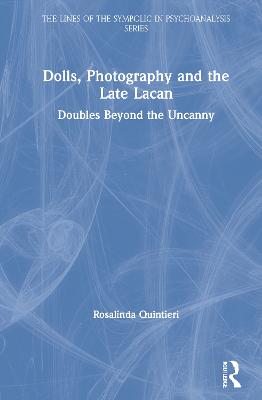 A Preview for this title is currently not available.
More Books By Rosalinda Quintieri
View All