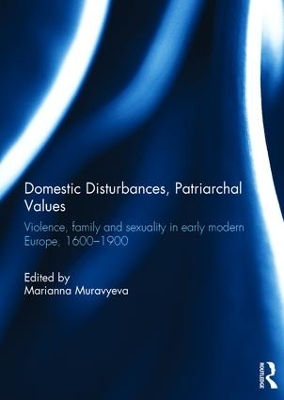 This book offers an in-depth analysis of several national case studies on family violence between the sixteenth and nineteenth centuries, using court records as their main source. It raises important questions for research on early modern Europe: the notion of absolute power; sovereignty and its applicability to familial power; the problem of violence and the possibility of its usage for conflict resolution both in public and private spaces; and the interconnection of gender and violence against women, reconsidered in the context of modern state formation as a public sphere and family building as a private sphere.

Contributors bring together detailed studies of domestic violence and spousal murder in Romania, England, and Russia, abduction and forced marriage in Poland, infanticide and violence against parents in Finland, and rape and violence against women in Germany. These case studies serve as the basis for a comparative analysis of forms, models, and patterns of violence within the family in the context of debates on political power, absolutism, and violence. They highlight changes towards unlimited violence by family patriarchs in European countries, in the context of the changing relationship between the state and its citizens. This book was originally published as a special issue of the Journal of the History of the Family. 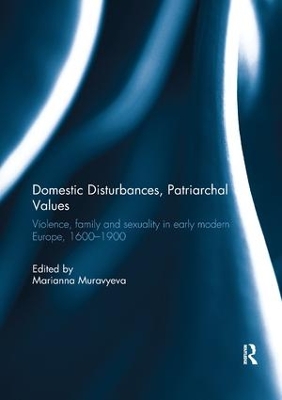 A Preview for this title is currently not available.
More Books By Marianna Muravyeva
View All

Parricide and Violence against Parents: A Cross-Cultural View across Past and Present
Marianna Muravyeva
Hardback , Dec '20
RRP: $252.00 $249.48