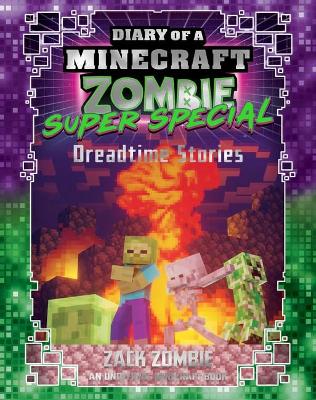 Have you ever wondered what life is like for a Minecraft Zombie? Take a peek into the diary of thirteen-year-old Zack Zombie. He's just like any other kid, only a lot more dead! And in a lot more trouble! It's Scare School holidays, and Zombie and his friends are stuck in Mob Village. So boring! At least they can get lots of PVP training in. But then Zombie's little brother accidentally releases a mutant mob from the zoo, and just like that, Zombie and his friends go from bored out of their skulls to living a dreadtime story! Can they find an escaped Ender Pig, defeat a hybrid monster mob and capture a bunch of evil ghosts? They'd better, 'cause it will be a whole new Overworld if they can't!

A Preview for this title is currently not available.
More Books By Zack Zombie
View All