Dreams and Lives in Ottoman Istanbul: A Seventeenth-Century Biographer's Perspective

Dreams and Lives in Ottoman Istanbul explores biography writing and dream narratives in seventeenth-century Istanbul. It focuses on the prominent biographer 'Ata'i (d. 1637) and with his help shows how learned circles narrated dreams to assess their position in the Ottoman enterprise. This book demonstrates that dreams provided biographers not only with a means to form learned communities in a politically fragile landscape but also with a medium to debate the correct career paths and social networks in late sixteenth and early seventeenth-century Istanbul.

By adopting a comparative approach, this book engages with current scholarly dialogues about life-writing, dreams, and practices of remembrance in Habsburg Spain, Safavid Iran, Mughal India and Ming China. Recent studies have shown the shared rhythms between these contemporaneous dynasties and the Ottomans, and there is now a strong interest in comparative approaches to examining cultural life. This first English-language monograph on Ottoman dreamscapes addresses this interest and introduces a world where dreams changed lives, the dead appeared in broad daylight, and biographers invited their readers to the gardens of remembrance.

Other Editions - Dreams and Lives in Ottoman Istanbul: A Seventeenth-Century Biographer's Perspective by Asli Niyazioglu 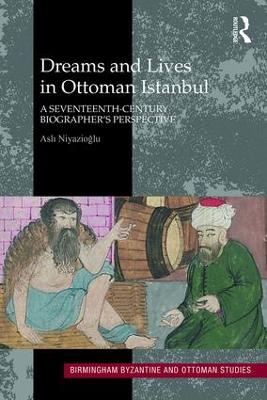 A Preview for this title is currently not available.
More Books By Asli Niyazioglu
View All