Description - Durkheim and After: The Durkheimian Tradition, 1893-2020 by Philip Smith

Emile Durkheim's major works are among the founding texts of the discipline of sociology, but his importance lies also in his immense legacy and subsequent influence upon others.

In this book, Philip Smith examines not only Durkheim's original ideas, but also reveals how he inspired more than a century of theoretical innovations, identifying the key paths, bridges, and dead ends - as well as the tensions and resolutions - in what has been a remarkably complex intellectual history. Beginning with an overview of the key elements of Durkheim's mature masterpieces, Smith also examines his lesser known essays, commentaries and lectures. He goes on to analyse his immediate influence on the Annee Sociologique group, before tracing the international impact of Durkheim upon modern anthropology, sociology, and social and cultural theory. Smith shows that many leading social thinkers, from Marcel Mauss to Mary Douglas and Randall Collins, have been carriers for the multiple pathways mapped out in Durkheim's original thought.

This book will be essential reading for any student or scholar seeking to understand this fundamental impact on areas ranging from social theory and anthropology to religious studies and beyond.

Buy Durkheim and After: The Durkheimian Tradition, 1893-2020 by Philip Smith from Australia's Online Independent Bookstore, BooksDirect.

Other Editions - Durkheim and After: The Durkheimian Tradition, 1893-2020 by Philip Smith 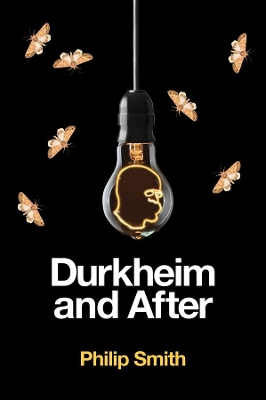 A Preview for this title is currently not available.
More Books By Philip Smith
View All

A History of the World from the Earliest Records to the Present Time: From the Triumvirate of Tiberius Gracchus to the Fall of the Roman Empire
Philip Smith
Hardback , Oct '18
RRP: $130.09 $117.08