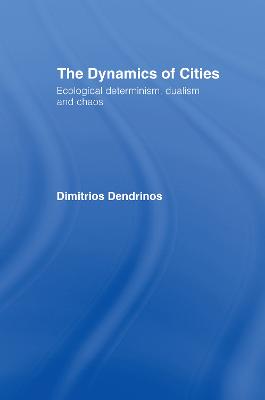 The Dynamics of Cities

Description - The Dynamics of Cities by Dimitrios Dendrinos

The twentieth century has seen as increase in the globe's human population from approximately 1.6 billion in 1900 to about 5 billion in 1987. Accompanying this event has been a considerable growth in the population of the world's largest cities. In The Dynamics of Cities the author addresses fundamental issues in population growth and decline and develops a macrodynamic theory of the interdependent evolution of the world's mega-cities. Dimitrios Dendrinos, an expert in the application of non-linear dynamics and chaos theory to the subject of urban and regional dynamics, focuses here on urban population and per capita income dynamics, linking these to the recently developed theory of chaos. He approaches the topic of urban growth and decline in a global system perspective, viewing the rise and fall of cities, industries and nations as the result of global interdependencies which lead to unstable dynamics and widespread dualisms. Drawing on specific empirical evidence on the growth and decline of the world's largest cities over the past 30 years he considers possible futures open to the giant cities of the world.
The Dynamics of Cities provides new insights into the evolution of human settlements, suggesting that growth and decline of present-day urban agglomerations, as well as the cities of the past, have been guided by simple, general and powerful macrodynamic processes. The author concludes that instability is the central ingedient of urban evolution on the global scale and that the future of the world's largest cities, particularly those in the Third World, is bleak.

Other Editions - The Dynamics of Cities by Dimitrios Dendrinos 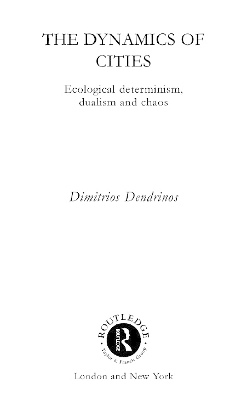 A Preview for this title is currently not available.
More Books By Dimitrios Dendrinos
View All