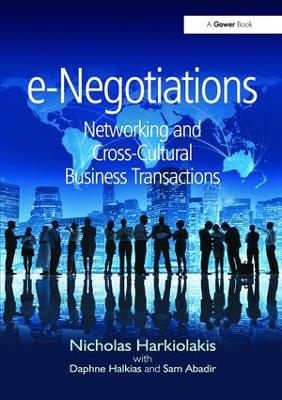 Practical negotiating skills, including those needed for cross-cultural negotiations have long been taught in classrooms, along with some of the theory that underpins them. Most of this has been based on the notion that negotiation will be interpersonal and face-to-face. In recent years, though, globalization, the telecommunications boom and the ever increasing need for today's professionals to conduct cross-cultural business transactions has led to a new way of negotiating, bargaining, and resolving disputes. In e-Negotiations, Nicholas Harkiolakis and his co-authors highlight the challenge that awaits the young professionals who are today training in business schools. Future dispute resolutions and bargaining will take place between faceless disputants involved in a new kind of social process. Any adolescent with a mobile phone and Internet access knows that most of today's social transactions take place via a hand held or other electronic device. In a world of video conferences, chat rooms, Skype, Facebook, and MySpace, critical financial, business and political decisions are made through interaction between two-dimensional characters on screens. Here, the authors compare and contrast e-negotiation as it currently is with traditional face-to-face negotiation. Case studies illustrate how cross-cultural negotiations can be managed through modern channels of social influence and information-sharing and shed light on the critical social, cognitive and behavioral role of the negotiator in resolving on-line, cross-cultural, conflicts and disputes, and generally in bargaining and negotiation. This book, with its practical exercises, will be of immense help to students and professionals needing to 'practice' with the new negotiating media. 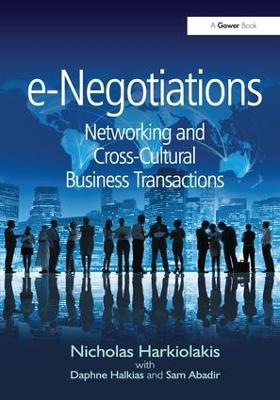 A Preview for this title is currently not available.
More Books By Nicholas Harkiolakis
View All