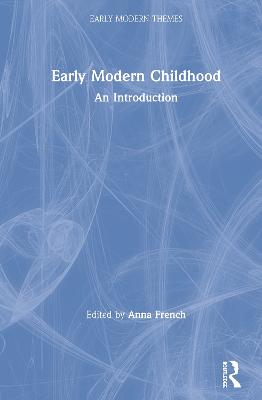 Early Modern Childhood is a detailed and accessible introduction to childhood in the early modern period, which guides students through every part of childhood from infancy to youth and places the early modern child within the broader social context of the period.

Drawing on the work of recent revisionist historians, the book scrutinises traditional historiographical views of early modern childhood, challenging the idea that the concept of 'childhood' didn't exist in this period and that families avoided developing strong affections for their children because of the high death rate. Instead, this book reveals a more intricately detailed character of the early modern child and how childhood was viewed and experienced. Divided into five parts, it brings together the work of historians, art historians and literary scholars to discuss a variety of themes and questions surrounding each stage of childhood, including the household, pregnancy, infancy, education, religion, gender, illness and death. Chapters are also dedicated to the topics of crime, illegitimacy and children's clothing, providing a broad and varied lens through which to view this subject.

Other Editions - Early Modern Childhood: An Introduction by Anna French 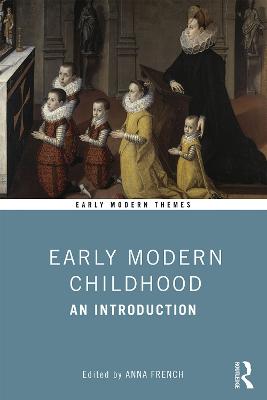 A Preview for this title is currently not available.
More Books By Anna French
View All