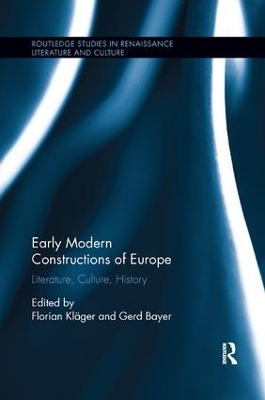 Between the medieval conception of Christendom and the political visions of modernity, ideas of Europe underwent a transformative and catalytic period that saw a cultural process of renewed self-definition or self-Europeanization. The contributors to this volume address this process, analyzing how Europe was imagined between 1450 and 1750. By whom, in which contexts, and for what purposes was Europe made into a subject of discourse? Which forms did early modern 'Europes' take, and what functions did they serve? Essays examine the role of factors such as religion, history, space and geography, ethnicity and alterity, patronage and dynasty, migration and education, language, translation, and narration for the ways in which Europe turned into an 'imagined community.' The thematic range of the volume comprises early modern texts in Arabic, English, French, German, Greek, Italian, Latin, and Spanish, including plays, poems, and narrative fiction, as well as cartography, historiography, iconography, travelogues, periodicals, and political polemics. Literary negotiations in particular foreground the creative potential, versatility, and agency that inhere in the process of Europeanization, as well as a specifically early modern attitude towards the past and tradition emblematized in the poetics of the period. There is a clear continuity between the collection's approach to European identities and the focus of cultural and postcolonial studies on the constructed nature of collective identities at large: the chapters build on the insights produced by these fields over the past decades and apply them, from various angles, to a subject that has so far largely eluded critical attention. This volume examines what existing and well-established work on identity and alterity, hybridity and margins has to contribute to an understanding of the largely un-examined and under-theorized 'pre-formative' period of European identity. 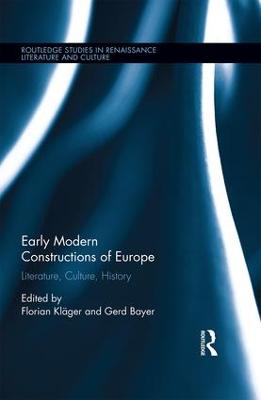 A Preview for this title is currently not available.
More Books By Florian Klager
View All