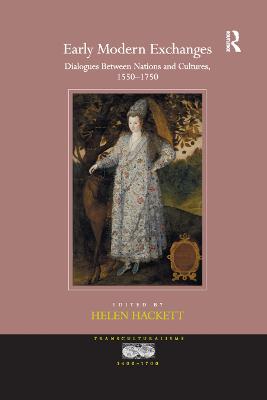 Marcus Gheeraerts's portrait of a 'Persian lady' - probably in fact an English lady in masquing costume - exemplifies the hybridity of early modern English culture. Her surrounding landscape and the embroidery on her gown are typically English; but her head-dress and slippers are decidedly exotic, the inscriptions beside her are Latin, and her creator was an 'incomer' artist. She is emblematic of the early modern culture of exchange, both between England and its neighbours, and between Europe and the wider world. This volume presents fresh research into such early modern exchanges, exploring how new identities, subjectivities and artefacts were forged in dialogues and encounters between diverse cultures, nations and language communities. The early modern period was a time of creative interactions between cultures and disciplines, and accordingly this is a multidisciplinary volume, drawing together international experts in literature, history, modern and ancient languages and art history. It understands cultural exchange as encompassing both the geographical mobilities of travel and trade and the transmission of ideas across borders and between languages, as enabled by the new technology of print. Sites of exchange were located not only in distant and unfamiliar lands, but also in the bookseller's shop and the scholar's study. The volume also explores the productive and complex dialogues between early modern culture and the classical past. The types of exchanges discussed include the linguistic transactions of translation and imitation; interactions between cultural elites, such as monarchs, courtiers and diplomats; and the catalytic influences of particularly mobile or outward-looking individuals and groups. Ranging from the neo-Latin poetry of an English author to the plays of a nun in seventeenth-century New Spain, from royal portraits exchanged in diplomatic negotiations to travelling companions in the Ottoman Empire, the volume sheds new light

Other Editions - Early Modern Exchanges: Dialogues Between Nations and Cultures, 1550-1750 by Helen Hackett 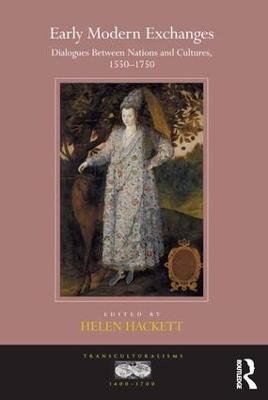 A Preview for this title is currently not available.
More Books By Helen Hackett
View All