A disturbing discovery is made in a Glasgow cemetery in Easy Kill, the fifth novel in Lin Anderson's forensic crime series featuring Rhona MacLeod.

A vulnerable young woman has been brutally slain and left on a grave in Glasgow's sprawling cemetery, the Necropolis. Upon examining the body, forensic scientist Rhona MacLeod has no doubt that the depraved killer's motives were sexual in nature.

The case takes on an even more disturbing dimension when the removal of the girl's body reveals a second victim, who has recently been buried in a shallow grave underneath. When yet another sex worker is reported missing, there are fears that a serial killer is at large in the city.

This man has killed before - and will again unless Rhona can break the chain and track him down before any more lives are lost . . . 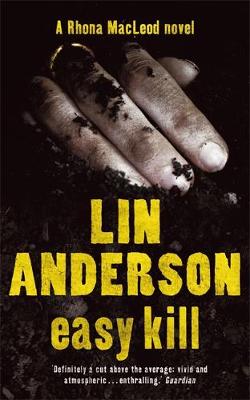 A Preview for this title is currently not available.
More Books By Lin Anderson
View All