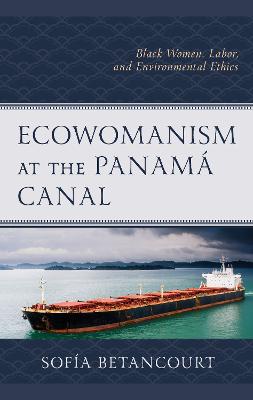 In Ecowomanism at the Panama Canal: Black Women, Labor, and Environmental Ethics, Sofia Betancourt constructs a transnational ecowomanist ethic that reclaims inherited environmental cultures across multiple sites of displacement. Betancourt argues that as survivors of the inconceivable, as carriers of cultural values and communal accountability, and as those who have never been allowed to reject or forget our their own embodiment, women in the African diaspora have a unique understanding of how a moral refusal to compromise their humanity provides the very understanding needed to survive what was once an inconceivable level of environmental devastation. That wisdom redefines our ideas of survival itself, and in doing so gives us new knowledge on what it means to live a value-centered, human life. This understanding of human nature and its interrelatedness with all of creation draws from the moral wisdom of women in the African diaspora. Most specifically, this work is guided by the experiences of West Indian women, imported to Panama by the United States from across the Caribbean, whose labor supported the building of the Panama Canal-the so-called silver men and women who faced mud, mosquitoes, and malaria while building a literal pathway to American empire.