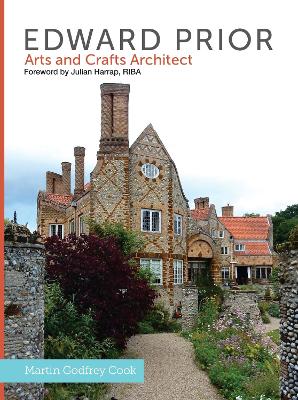 Edward Schroder Prior designed the cathedral of the Arts and Crafts Movement (St Andrew's Church, Roker), perfected the popular butterfly plan in his houses, and published what is still the seminal work on medieval gothic art in England in 1900. Highly regarded by critics such as Ian Nairn, Prior is sometimes considered to have narrowly missed out on a place in the architectural pantheon of his age, alongside contemporaries such as Charles Voysey and William Lethaby. The result of extensive archival and field research, Edward Prior - Arts and Crafts Architect sheds new light on Prior's architecture, life and scholarship. Extensively illustrated, it showcases Prior's work in colour, including many of his architectural drawings and photographs of most of his extant buildings. Prior is the missing link of the Arts and Crafts Movement, in both a theoretical and a practical sense, as he was possibly the only practitioner who genuinely translated the artistic theories of Ruskin and Morris into architectural reality. He went on to found the School of Architecture at the University of Cambridge in 1912. AUTHOR: Martin Godfrey Cook, RIBA, RIAS, ACIArb, was educated at Radley and Corpus Christi College, Cambridge, via leading architectural schools such as The Bartlett (University College London) and the Architectural Association. He is a chartered architect, historian and arbitrator who provides consultancy services to academia, governments and industry. He runs his own commercial consultancy business, DQM Solutions, specialising in design and post-occupancy reviews, construction law and architectural conservation. Martin's abiding interest in Victorian and Edwardian architecture centres on the Arts and Crafts movement, and extends to the political, economic and social history of this and other eras. 200 colour illustrations

A Preview for this title is currently not available.
More Books By Martin Godfrey Cook
View All