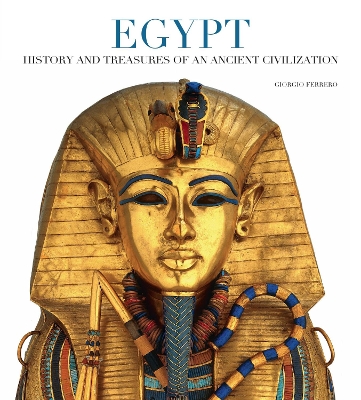 Egypt: History and Treasures of an Ancient Civilization

Description - Egypt: History and Treasures of an Ancient Civilization by Giorgio Ferrero

For centuries, we have been fascinated with the iconic architecture, mystical religious beliefs, and once-thriving societies of the ancient Egyptians. Starting with a detailed chronology and ending with a comprehensive glossary of terms and bibliography, this meticulously researched resource explores the development of the ancient civilizations of the Egyptians. Organised chronologically, it traces Egyptian history in chapters starting with prehistoric times and including The Age of the Pyramids, The Classical Period, The Empire of the Pharaohs, The Late Period and The Age of Foreign Dominion. Hundreds of photographs of the major sites, three-dimensional reconstructions, and close-up shots of ancient artifacts, statues, and funerary goods take readers on a tour of the pyramids, temples, and other major monuments of ancient Egypt. The images reveal fascinating insights into the religious beliefs and rituals of the ancient Egyptians as well as demonstrate their unsurpassed artisanship and remarkable artistic output. The compelling text provides fascinating information on the everyday lives of the ancient Egyptians, interweaving these details with the thrilling tales of the major archaeological discoveries including those relating to Khufu, Tutankhamun, and Ramesses II. AUTHOR: Giorgio Ferrero has born in Milan in 1978. He graduated in Egyptology with a thesis on Ancient Nubia in the era of the 26th Egyptian dynasty, and has collaborated with the Egyptology department of the Universita degli Studi of Milan and with the Archeological and Numismatic Civic Collections of Milan. After having collaborated with various publishing houses he currently works with White Star Publishers.

A Preview for this title is currently not available.
More Books By Giorgio Ferrero
View All