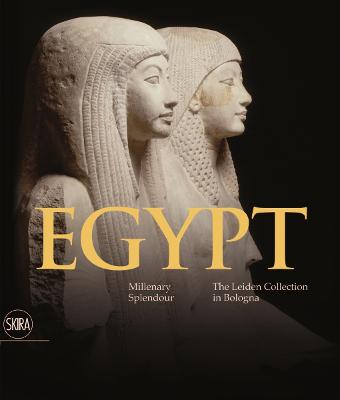 Over 500 archaeological objects from the Egyptian collections of two important museums in Europe. In 2011 the Rijksmuseum van Oudheden in Leiden and the Museo Civico Archeologico in Bologna signed a five-year agreement with the aim of embarking on joint research and cultural projects. The two museums can be considered "twins" due to their similar traditions, international prestige and archaeological legacies, but their Egyptian collections - both museums hold important masterpieces from the same area of the Saqqara necropolis - are what they share most in common. Egypt. Millenary Splendour. The Leiden Collection in Bologna celebrates the museums' intense and fruitful collaboration through the display of over 500 finds - some on loan from the Dutch museum for the first time - spanning the entire arc of Egyptian civilization, from the Predynastic to the Roman period. Since the study of history can never be completely objective, it is always appropriate to find the right way to recount the past. This dialogue and comparison between two major international Egyptian collections has provided an opportunity to "musealize" ancient Egypt yet again and, at the same time, offers a new key to interpreting the works, thanks to the contribution made by many internationally renowned Egyptian scholars.