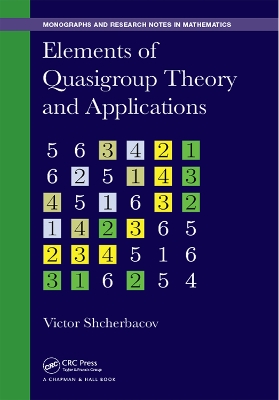 Elements of Quasigroup Theory and Applications

Description - Elements of Quasigroup Theory and Applications by Victor Shcherbacov

Understanding Interaction is a book that explores the interaction between people and technology, in the broader context of the relations between the human made and the natural environments.

It is not just about digital technologies - our computers, smart phones, the Internet - but all our technologies such as mechanical, electrical and electronic. Our ancestors started creating mechanical tools and shaping their environments millions of years ago, developing cultures and languages, which in turn influenced our evolution. Volume 1 of Understanding Interaction looks into this deep history - starting from the tool creating period (the longest and most influential on our physical and mental capacities), to the settlement period (agriculture, domestication, villages and cities, written language), the industrial period (science, engineering, reformation and renaissance), and finally the communication period (mass media, digital technologies, global networks).

Volume 2 looks into humans in interaction - our physiology, anatomy, neurology, psychology, how we experience and influence the world, and how we (think we) think. From this transdisciplinary understanding, design approaches and frameworks are presented, to potentially guide future developments and innovations.

The aim of the book is to be guide and inspiration for designers, artists, engineers, psychologists, media producers, social scientists etc., and as such be useful for both novices and more experienced practitioners.