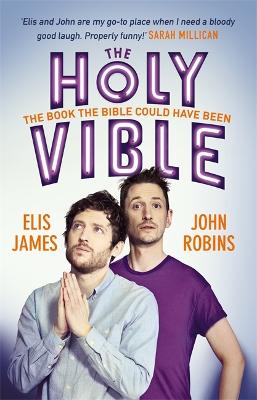 Elis and John Present the Holy Vible: The Book The Bible Could Have Been

Description - Elis and John Present the Holy Vible: The Book The Bible Could Have Been by Elis James

'Elis and John are my go-to place when I need a bloody good laugh. Properly funny!' Sarah MillicanComedians Elis James and John Robins have captured the hearts and minds of a generation, and it's time those hearts and minds had a book. Elis and John met in 2005 performing stand-up comedy in a pub called The Yellow Kangaroo in Cardiff. They eyed each other suspiciously before Robins offered the limpest handshake in the history of the world. 'It was a power play,' says Robins. 'I may even have raised it for him to kiss.' James expands: 'It was one of the weirdest things I'd ever experienced, but having known John now for over a decade, it was the tip of the iceberg. I can honestly say he's the oddest man I've ever met.' Little did they know that ten years later they would be presenting a radio show together that would make them comedy royalty... Ok, radio comedy royalty...Ok, commercial digital indie radio royalty...But with a podcast! Now, The Elis James and John Robins' Show has become cult listening, and that cult has registered for charitable status, published quarterly accounts and been given a full blessing by the Archbishop of Broadcasting. It's official: Elis and John are a religion, and this book is their Holy Vible. Have you ever failed to Keep It Session? Is your new flatmate a complete coin? Have you ever eaten Space Raiders on the toilet and written 'Grief Is Living' in your journal? Then this book is for you. If not, don't worry, it won't be long before you're making up games, looking at Freddie, or facing your own personal farthing-gate. Our obsessions make us what we are, and though you may never have addressed a will to Brian May or cried watching Ronnie O' Sullivan make a 147, you'll have done something similar, and Elis and John are here to tell you that you're not weird, so come on in, and taste the vibe! Or should I say, READ the vibe!

Buy Elis and John Present the Holy Vible: The Book The Bible Could Have Been by Elis James from Australia's Online Independent Bookstore, BooksDirect.

Other Editions - Elis and John Present the Holy Vible: The Book The Bible Could Have Been by Elis James 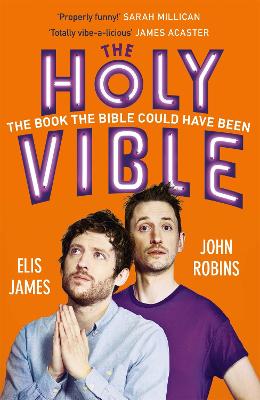 A Preview for this title is currently not available.
More Books By Elis James
View All