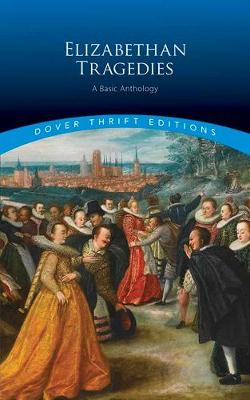 Although Shakespeare towers over the Elizabethan period, it was a robust time in the evolution of English theater, and many plays beyond the Bard's survive to enthrall modern drama students. This original anthology collects prime examples of the era's tragedies, dramas that both informed and were influenced by Shakespeare's work. Include here are The Spanish Tragedy, by Thomas Kyd; Doctor Faustus, by Christopher Marlowe; Thomas Heywood's A Woman Killed with Kindness; The Tragedy of Mariam, by Elizabeth Cary (the first work in English to be published under a female author's own name); and John Webster's The Duchess of Malfi.

A Preview for this title is currently not available.
More Books By Dover Publications, Inc.
View All