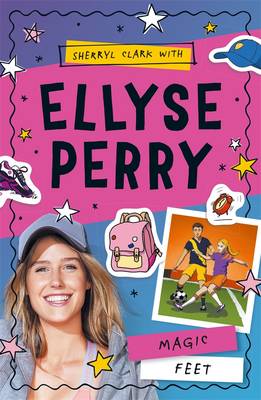 When cricket season is over, there's only one thing to do . . . play soccer!

When cricket season is over, there's only one thing to do . . . play soccer!

Soccer season is here and Ellyse is desperate to pull on her boots and start dribbling and defending. Unlike club cricket where she is the only girl on the team, her best friends Charlie and Jazz also play soccer and it's so much fun! But on the day of their first training session, the girls tell Ellyse they don't want to play soccer this year - there are too many other things to do now they're in Year Seven. Ellyse is disappointed but has an idea to try to get a girls team together at school! However, things don't go to plan at school or at training- Ellyse is targeted by one of her own Hawks teammates and this scares off the girls from joining the school team.

Will Ellyse find a way to deal with the bully and convince her schoolmates to join in the soccer action?