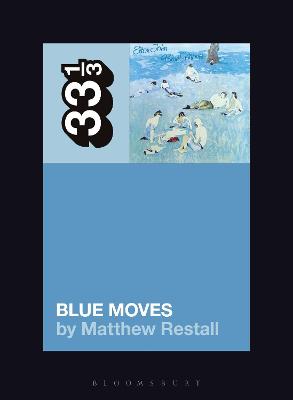 By 1976, Elton John was the best-selling recording artist and the highest-grossing touring act in the world. With seven #1 albums in a row and a reputation as a riveting piano-pounding performer, the former Reggie Dwight had gone with dazzling speed from the London suburbs to the pinnacles of rock stardom, his songs never leaving the charts, his sold-out shows packed with adoring fans. Then he released Blue Moves, and it all came crashing down.

Was the commercially disappointing and poorly reviewed double album to blame? Can one album shoot down a star? No, argues Matthew Restall; Blue Moves is a four-sided masterpiece, as fantastic as Captain Fantastic, as colorful as Goodbye Yellow Brick Road, a showcase for the three elements--piano-playing troubadour, full orchestra, rock band--with which Elton John and his collaborators redirected the evolution of popular music. Instead, both album and career were derailed by a perfect storm of circumstances: Elton's decisions to stop touring and start his own label; the turbulent shiftings of popular culture in the punk era; the minefield of attitudes toward celebrity and sexuality. The closer we get to Blue Moves, the better we understand the world into which it was born--and vice versa. Might that be true of all albums?

A Preview for this title is currently not available.
More Books By Matthew Restall
View All