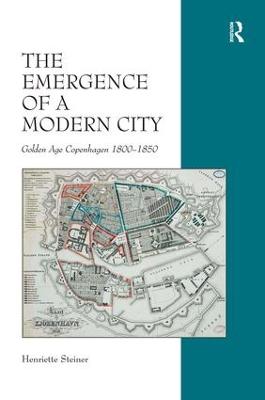 The Emergence of a Modern City

Description - The Emergence of a Modern City by Henriette Steiner

This book is an exploration of how urban life in Copenhagen, in the period known as the Golden Age (c. 1800 to 1850), was experienced and structured socially, institutionally, and architecturally. It draws on a broad historical source material - spanning urban anecdotes, biography, philosophy, literature, and visual culture - to do so. The book argues that Copenhagen emerged as a modern city at this time, despite the fact that the Golden Age never witnessed the appearance of the main characteristics of the modernisation of cities associated with industrialisation, such as street lighting, sewer systems, and railroads. The book outlines the historical and topographical context of Copenhagen in the Golden Age with a special focus on the works of the most prominent architect of the period, C.F. Hansen. The characterisation of the city is complemented by investigations into writings of three citizens: the philosopher Soren Kierkegaard, the novelist Thomasine Gyllembourg, and the criminal Ole Kollerod, who all take an interest in the city's institutional and urban structures as well as their own place in it. From these different sources, a picture is painted of urban life and thought at a time when the city began to take on characteristics of ambiguity and alienation in European thinking, while at the same time the city itself retained some pre-modern motifs of a symbolic order. This transformation is set in a larger process of cultural re-orientation, from traditional Baroque culture to what might be termed Romantic culture. The book reconsiders the significance of this transformation for the emergent order of the modern European city in the nineteenth century and thus of the very foundation on which our own urban culture rests.

Buy The Emergence of a Modern City by Henriette Steiner from Australia's Online Independent Bookstore, BooksDirect.

Other Editions - The Emergence of a Modern City by Henriette Steiner 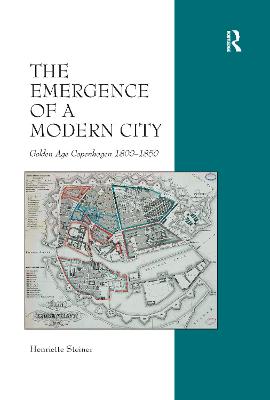 A Preview for this title is currently not available.
More Books By Henriette Steiner
View All

Phenomenologies of the City: Studies in the History and Philosophy of Architecture
Henriette Steiner
Hardback , Apr '15
RRP: $252.00 $249.48