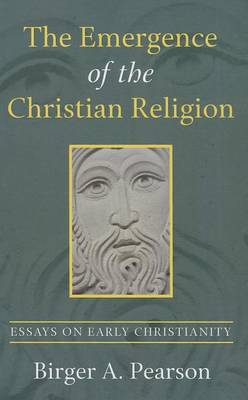 The Emergence of the Christian Religion

Description - The Emergence of the Christian Religion by Birger a Pearson

In this book, Birger Pearson argues for the study of Christianity as "one of the religions of the world." He proposes that the study of the New Testament and the other early Christian literature be moved out of the realm of theology and into the area of comparative research of religion.

The book therefore addresses the problematic of Christian origins, that is, the historical process by which a new religion, Christianity, emerges out of an older one, Second Temple Judaism. Included are studies ranging from the prehistory of Christianity (Jesus, together with an illuminating, lengthy, and detailed critical analysis of the work of the Jesus Seminar and the trends in current North American gospel research it reflects) into the New Testament and up to the fourth century.

A concluding chapter presents the author's reflections on scholarly methods used in the study of the Christian religion.

Buy The Emergence of the Christian Religion by Birger a Pearson from Australia's Online Independent Bookstore, BooksDirect.

A Preview for this title is currently not available.
More Books By Birger a Pearson
View All