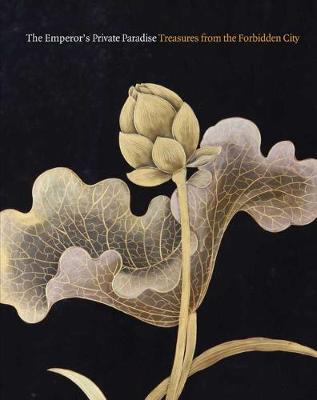 Treasures from the Forbidden City

An extraordinary glimpse into imperial art from the Qianlong Garden, one of China's most stunning historical sites, located deep within the Forbidden City

For centuries, China's Forbidden City has captured the world's imagination. With parts open to the public since 1925, nearly 8 million tourists flock there annually. Yet the elegant, intimate Qianlong Garden-itself a "mini-Forbidden City" inside the Forbidden City-has remained sequestered from view. Dating from the 18th century, the Qianlong Garden was built as a retirement retreat for its namesake emperor, a visionary patron of the arts who designed his garden to reflect a perfect union of art, architecture, and nature. Now undergoing restoration thanks to a groundbreaking international collaboration, it is intended to be open fully to visitors in 2019.

The Emperor's Private Paradise gives an unprecedented and in-depth analysis of the garden and its extravagant imperial interiors. Essays offer an overview of the history of Chinese gardens and the extraordinary reign of the Qianlong emperor, while contextualizing the importance of the Qianlong Garden and its artworks.

This lavishly illustrated volume is published to accompany a remarkable exhibition of ninety objects from the Qianlong Garden, many of them never seen before, including superlative examples of Qing murals, paintings, wall coverings, furniture, architectural elements, and jades.By illuminating this little-known yet architecturally significant area of the Forbidden City, this volume represents a major contribution to the fields of Chinese art, history, architecture, and gardens.

A Preview for this title is currently not available.
More Books By Nancy Berliner
View All