This volume considers forms of information manipulation and restriction in contemporary society. It explores whether and when manipulation of the conditions of inquiry without the consent of those manipulated is morally or epistemically justified. The contributors provide a wealth of examples of manipulation, and debate whether epistemic paternalism is distinct from other forms of paternalism debated in political theory. Special attention is given to medical practice, for science communication, and for research in science, technology, and society. Some of the contributors argue that unconsenting interference with people's ability of inquire is consistent with, and others that it is inconsistent with, efforts to democratize knowledge and decision-making.

These differences invite theoretical reflection regarding which goods are fundamental, whether there is a clear or only a moving boundary between informing and instructing, and whether manipulation of people's epistemic conditions amounts to a type of intellectual injustice. The collection pays special attention to contemporary paternalistic practices in big data and scientific research, as the way in which the flow of information or knowledge might be curtailed by the manipulations of a small body of experts or algorithms. 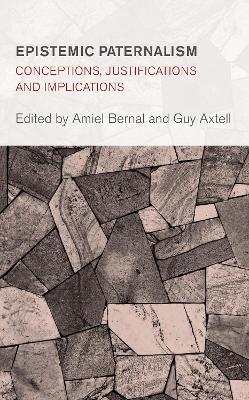 A Preview for this title is currently not available.
More Books By Guy Axtell
View All