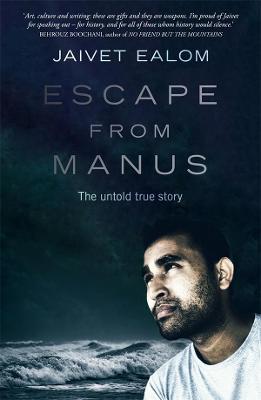 The powerful account of how one man escaped the prison of Manus Island. A true story of bravery and resilience.

The awe-inspiring story of the only person to successfully escape from Australia's notorious offshore detention centre on Manus Island.

In 2013 Jaivet Ealom fled Myanmar's brutal regime and boarded a boat of asylum seekers bound for Australia. Instead of receiving refuge, he was transported to Australia's infamous Manus Regional Processing Centre.

Blistering hot days on the island turned into weeks, then years until, finally, facing either jail in Papua New Guinea or being returned to almost certain death in Myanmar, he took matters into his own hands. Drawing inspiration from the hit show Prison Break, Jaivet meticulously planned his escape. He made it out alive but was stateless, with no ID or passport. While the nightmare of Manus was behind him, his true escape to freedom had only just begun.

How Jaivet made it to sanctuary in Canada in a six-month-long odyssey by foot, boat, car and plane is miraculous. His story will astonish, anger and inspire you. It will make you reassess what it means to give refuge and redefine what can be achieved by one man determined to beat the odds.