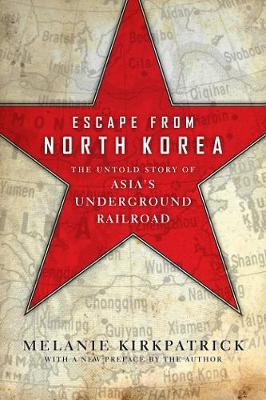 From the world's most repressive state comes rare good news: the escape to freedom of a small number of its people. It is a crime to leave North Korea. Yet increasing numbers of North Koreans dare to flee. They go first to neighbouring China, which rejects them as criminals, then on to Southeast Asia or Mongolia, and finally to South Korea, the United States, and other free countries. They travel along a secret route known as the new underground railroad.

With a journalist's grasp of events and a novelist's ear for narrative, Melanie Kirkpatrick tells the story of the North Koreans' quest for liberty.

Other Editions - Escape from North Korea by Melanie Kirkpatrick A Preview for this title is currently not available.
More Books By Melanie Kirkpatrick
View All

Thanksgiving: The Holiday at the Heart of the American Experience
Melanie Kirkpatrick
Paperback , Oct '21
RRP: $34.99 $31.49