Fully revised, updated and extended to include the momentous developments of 2020, this fourth edition of Peter Rietbergen's highly acclaimed Europe: A Cultural History is a major and original contribution to the study of Europe.

The book examines the structures of culture in this part of Eurasia from the beginnings of human settlement on to the genesis of agricultural society, of greater polities, of urban systems, and the slow transitions that resulted in a (post-)industrial society and the individualistic mass culture of the present. Using both economic and socio-political analytical concepts, the volume outlines cultural continuity and change in Europe through the lenses of literature, the arts, science, technology and music, to show the continent's ever-changing identities. In a highly readable style, it expertly contextualizes such diverse and wide-ranging topics as Celtic society, the Roman legal system, the oppositions between 'elite' and 'popular' culture in pre-industrial Europe, Michelangelo's world-view, the interaction between the Enlightenment and Romanticism, the growth of a society of time and money, the appeal of fascism and other totalitarian ideologies, and the ways the songs of Sting express late twentieth-century thinking. Structured both chronologically and thematically, the text is distinctive in the attention consistently paid to the many ways Europe has been formed through its contacts with non-European cultures, especially those of Asia and the Americas.

This edition concludes with an epilogue that discusses the ways Europe's recent past - including the long-term efforts at further unification, and the various forms of opposition against it - has been both interpreted and misinterpreted; the importance of globalization; and the major challenges facing Europe in the present, amongst which are the consequences of the pandemic of 2020. With a wide selection of illustrations, maps, excerpts from primary sources and even lyrics from contemporary songs to support its arguments, the text remains the definitive cultural history of Europe for both the general reader and students of European history and culture.

Other Editions - Europe: A Cultural History by Peter Rietbergen 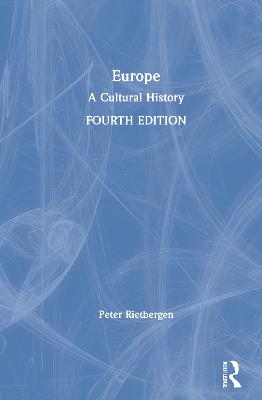 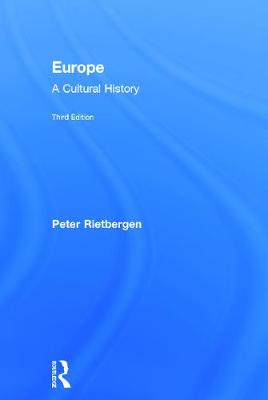 A Preview for this title is currently not available.
More Books By Peter Rietbergen
View All