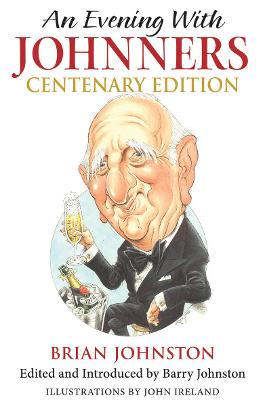 Description - An Evening with Johnners by Brian Johnston

In early 1993, at the age of eighty, Brian Johnston embarked on a nationwide theatre tour with his one-man show called An Evening with Johnners. The tour was a sell-out and a recording of one of the shows became a number one bestseller and was awarded a Gold Disc. When Brian died in 1994, he was described by the Daily Telegraph as 'the greatest natural broadcaster of them all'. This book was first published in 1996 and contains all the material from the original recording as well as additional stories from his second and final tour. Brian's skill and warmth as a master raconteur shine through on every page as he recalls his early years at Eton and Oxford, his war service with the Grenadier Guards, and his remarkable broadcasting career at the BBC. There are hundreds of hilarious memories, stories and anecdotes, all told in his inimitable, friendly style and he describes the famous 'leg-over' incident. This centenary edition has been updated by the editor, Brian's eldest son Barry Johnston, and includes new illustrations by John Ireland. AUTHOR: Brian Johnston was one of the best-loved figures on radio and television and will always be remembered as 'the voice of cricket'. He died in 1994 at the age of 81. Barry Johnston has broadcast regularly on BBC local radio and Radio 5 and now runs Barn Productions producing more than 100 audiobooks, including the number one bestseller, An Evening with Johnners. He is also author of Johnners: The Life of Brian and The Sunday Times top ten bestseller Letters Home 1926-1945 and The Wit of Cricket. ILLUSTRATIONS: 13 b/w

Other Editions - An Evening with Johnners by Brian Johnston 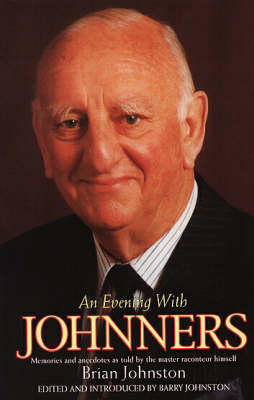 A Preview for this title is currently not available.
More Books By Brian Johnston
View All