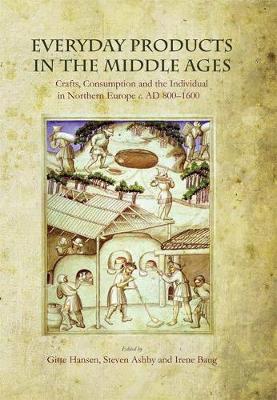 Everyday Products in the Middle Ages: Crafts, Consumption and the individual in Northern Europe c. AD 800-1600

Description - Everyday Products in the Middle Ages: Crafts, Consumption and the individual in Northern Europe c. AD 800-1600 by Gitte Hansen

The medieval marketplace is a familiar setting in popular and academic accounts of the Middle Ages, but we actually know very little about the people involved in the transactions that took place there, how their lives were influenced by those transactions, or about the complex networks of individuals whose actions allowed raw materials to be extracted, hewn into objects, stored and ultimately shipped for market. Twenty diverse case studies combine leading edge techniques and novel theoretical approaches to illuminate the identities and lives of these much overlooked ordinary people, painting of a number of detailed portraits to explore the worlds of actors involved in the lives of everyday products - objects of bone, leather, stone, ceramics, and base metal - and their production and use in medieval northern Europe. In so doing, this book seeks to draw attention away from the emergent trend to return to systems and global models, and restore to centre stage what should be the archaeologist's most important concern: the people of the past. AUTHORS: Gitte Hansen is an associate professor in medieval archaeology at the University Museum of Bergen. With the point of outset in a broad specter of 11-13th century urban material culture, her research focuses on different aspects of the identities of 'ordinary people' in the Middle Ages. She is particularly interested in craftspeople and consumers of affordable crafts that lived their lives in the Scandinavian area with bordering regions. Irene Baug is a postdoctoral researcher in archaeology in the Department of Archaeology, History, Cultural Studies and Religion at the University of Bergen. Her research interests deal with social, socio-political and economic aspects of the Viking Age and the Middle Ages. Her research has mainly focused upon utilization of different outfield resources such as production of different stone products c. AD 700-1500, and distribution and trade of these products within Northern Europe. Her work is based on own archaeological fieldwork, artefacts studies and multidisciplinary cooperation. Steven Ashby is a lecturer in the Department of Archaeology, University of York with specialism in the archaeology of portable material culture and the use of animal products in craft and industry in the medieval period. He is particularly interested in the relationship between the various regions of Britain and Scandinavia before, during, and after the Viking Age.

Other Editions - Everyday Products in the Middle Ages: Crafts, Consumption and the individual in Northern Europe c. AD 800-1600 by Gitte Hansen 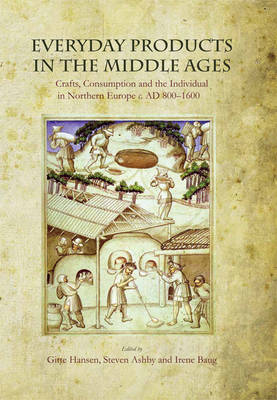 A Preview for this title is currently not available.
More Books By Gitte Hansen
View All