Evita: The Life of Eva Peron

Description - Evita: The Life of Eva Peron by Jill Hedges

Eva Peron remains Argentina's best-known and most iconic personality, far outlasting her own husband, President Juan Domingo Peron, himself a remarkable and charismatic political leader without whom she, as an uneducated woman in an elitist and male-dominated society, could not have existed as a political figure. In this book, Jill Hedges tells the story of a remarkable woman whose glamour, charisma, political influence and controversial nature continue to generate huge amounts of interest 60 years after her death. From her poverty-stricken upbringing as an illegitimate child in rural Argentina, Peron made her way to the highest echelons of Argentinean society, via a brief acting career and her relationship with Juan. After their political breakthrough, her charitable work and magnetic personality earned her wide public acclaim and there was national mourning following her death from cancer at the age of just 33.Based on new sources and first-hand interviews, the book will seek to explore the personality and experiences of 'Evita'.
As the first substantive biography of Eva Peron in English, this book will be essential reading for anyone interested in modern Argentinean history and the cult of 'Evita'."

Other Editions - Evita: The Life of Eva Peron by Jill Hedges 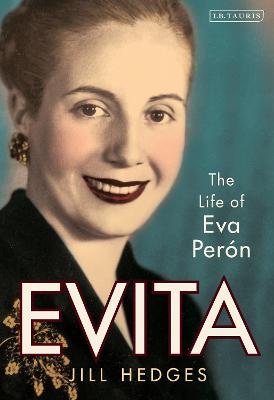 A Preview for this title is currently not available.
More Books By Jill Hedges
View All