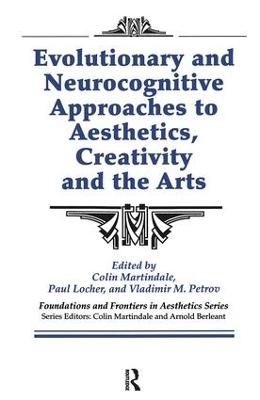 Evolutionary and Neurocognitive Approaches to Aesthetics, Creativity and the Arts

Description - Evolutionary and Neurocognitive Approaches to Aesthetics, Creativity and the Arts by Colin Martindale

In this book, well-known scholars describe new and exciting approaches to aesthetics, creativity and psychology of the arts, approaching these topics from a point of view that is biological or related to biology and answering new questions with new methods and theories. All known societies produce and enjoy arts such as literature, music and visual decoration or depiction. Judging from prehistoric archaeological evidence, this arose very early in human development. Furthermore, Darwin was explicit in attributing aesthetic sensitivity to lower animals. These considerations lead us to wonder whether the arts might not be evolutionarily based. Although such an evolutionary basis is not obvious on the face of it, the idea has recently elicited considerable attention. The book begins with a consideration of ten theories on the evolutionary function of specific arts such as music and literature. The theory of evolution was first drawn up in biology, but evolution is not confined to biology: genuinely evolutionary theories of sociocultural change can be formulated. That they need to be formulated is shown in several chapters that discuss regular trends in literature and scientific writings. Psychologists have recently rediscovered the obvious fact that thought and perception occur in the brain, so cognitive science moves ever closer to neuroscience. Several chapters give overviews of neurocognitive and neural network approaches to creativity and aesthetic appreciation. The book concludes with two exciting describing brain-scan research on what happens in the brain during creativity and presenting a close examination of the relationship between genetically transmitted mental disorder and creativity.

Buy Evolutionary and Neurocognitive Approaches to Aesthetics, Creativity and the Arts by Colin Martindale from Australia's Online Independent Bookstore, BooksDirect.

Other Editions - Evolutionary and Neurocognitive Approaches to Aesthetics, Creativity and the Arts by Colin Martindale 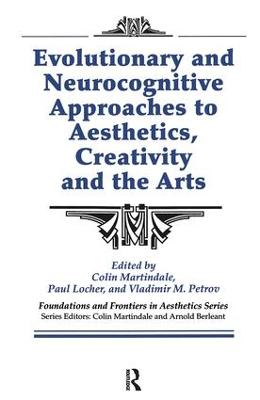 A Preview for this title is currently not available.
More Books By Colin Martindale
View All