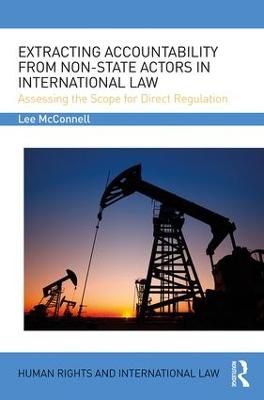 Assessing the Scope for Direct Regulation

The human rights of communities in many resource-rich, weak governance States are adversely affected, not only by the acts of States and their agents, but also by powerful non-State actors. Contemporary phenomena such as globalisation, privatisation and the proliferation of internal armed conflict have all contributed to the increasing public influence of these entities and the correlative decline in State power.

This book responds to the persistent challenges stemming from non-State actors linked to extractive industries. In light of the intersecting roles of multinational enterprises and non-State armed groups in this context, these actors are adopted as the primary analytical vehicles. The operations of these entities highlight the practical flaws of existing accountability regimes and permit an exploration of the theoretical challenges that preclude their direct legal regulation at the international level. Drawing insights from discursive democracy, compliance theories and the Pure Theory of Law, the book establishes a conceptual foundation for the creation of binding international obligations addressing non-State actors. Responding to the recent calls for a binding business and human rights treaty at the UN Human Rights Council, and the growing influence of armed non-State actors, the book makes a timely contribution to debates surrounding the direction of future developments in the field of international human rights law. 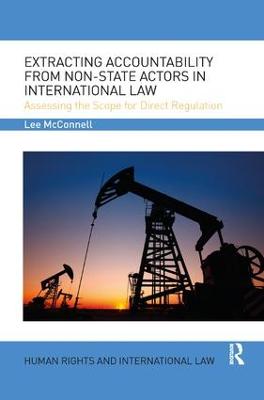 A Preview for this title is currently not available.
More Books By Lee James McConnell
View All