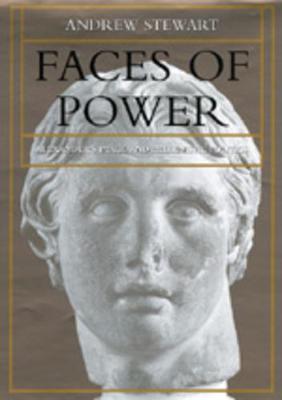 Alexander the Great changed the face of the ancient world. During his life and after his death, his image in works of art exerted an unprecedented influence-on marbles, bronzes, ivories, frescoes, mosaics, coins, medals, even painted pottery and reliefware. Alexander's physiognomy became the most famous in history. But can we really know what meaning lies behind these images?

Andrew Stewart demonstrates that these portraits-wildly divergent in character, quality, type, provenance, date, and purpose-actually transmit not so much a likeness of Alexander as a set of carefully crafted cliches that mobilize the notion "Alexander" for diverse ends and diverse audiences. Stewart discusses the portraits as studies in power and his original interpretation of them gives unprecedented fullness and shape to the idea and image called "Alexander."

A Preview for this title is currently not available.
More Books By Andrew Stewart
View All

The American System: Speeches on the Tariff Question and on Internal Improvements
Andrew Stewart
Paperback , May '19
RRP: $62.99 $62.36