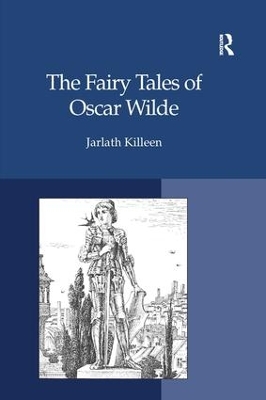 The Fairy Tales of Oscar Wilde

Description - The Fairy Tales of Oscar Wilde by Jarlath Killeen

Oscar Wilde's two collections of children's literature, The Happy Prince and Other Stories (1888) and A House of Pomegranates (1891), have often been marginalised in critical accounts as their apparently conservative didacticism appears at odds with the characterisation of Wilde as an amoral aesthete. In this, the first full-length study of Wilde's fairy tales for children, Jarlath Killeen argues that Wilde's stories are neither uniformly conservative nor subversive, but a blend of both. Killeen contends that while they should be read in relation to a literary tradition of fairy tales that emerged in nineteenth century Europe; Irish issues heavily influenced the work. These issues were powerfully shaped by the 'folk Catholicism' Wilde encountered in the west of Ireland. By resituating the fairy tales in a complex nexus of theological, political, social, and national concerns, Killeen restores the tales to their proper place in the Wilde canon.

A Preview for this title is currently not available.
More Books By Jarlath Killeen
View All