Fairytale in the Ancient World

Description - Fairytale in the Ancient World by Graham Anderson

Did the familiar children's fairytales of today exist in the ancient world? If so, what did they look like in a world whose societies were often so alien in outlook to our own? Could fairytales have existed in a world without society and balls and glass slippers, or are they an invention of storytellers not much earlier than the European Renaissance? And could they have served the same social purposes as the fairytale of today? Graham Anderson examines texts from the classical period which resemble 'our' Cinderellas, Snow Whites, Red Riding Hoods, Bluebeards and others, and argues that many familiar fairytales were already well known in antiquity in some form, but are often now to be found in the least accessible corners of classical literature. Examples include a Jewish Egyptian Cinderella, complete with ashes, whose prince is the biblical Joseph; a Snow White whose enemy is the goddess Artemis; and a Pied Piper at Troy, with King Priam in the role of the little boy who got away.
He breaks new ground by putting forward many previously unsuspected candidates as classical variants of the modern fairytale, and argues that the degree of cruelty and violence exhibited in many ancient examples means such stories must often have been meant for adults. Fairytale in the Ancient World is the first modern, general study of the ancient fairytale. It bridges the gap between the study of the ancient world and the wider world of oral culture, and will be of immense value and interest to students and scholars of classical and comparative literature, folklore and the social sciences.

Other Editions - Fairytale in the Ancient World by Graham Anderson 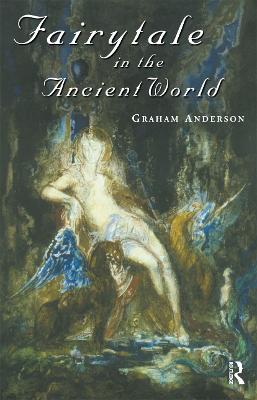 A Preview for this title is currently not available.
More Books By Graham Anderson
View All