Over the past three years, the world has witnessed the huge social and media discussions of what figures from the past one should, or should not celebrate and commemorate with a statue. The recent removal of the statue of infamous slave transporter Edward Colston in Bristol still resonates in the UK as debates rage on race, inequality, politics and gender. The conversations, demonstrations and petitions for the removal of statues to men and women whose lives and careers are in question is not a new phenomenon, but one that has been going on for generations. Only with the arrival of online media outlets has it now come to the fore in 'real time'.Fallen Idols will be a nuanced and constructive appraisal of the current issues facing many towns and cities as they struggle to decide how the commemoration and adoration of statues that they hold dear (or despise) can be resolved. Von Tunzelmann focuses on key statues across the USA, the UK, Africa and to the old USSR to show the reader how the march of history can be unkind to leaders we sometime venerate at one point, and then cast aside at another - what they achieved, why their memory was celebrated in stone, and why they were then removed. A hugely informative read, supported with line-drawn illustrations of the statues chosen - that will educate and entertain in equal measure.

Other Editions - Fallen Idols: Twelve Statues That Made History by Alex Von Tunzelmann 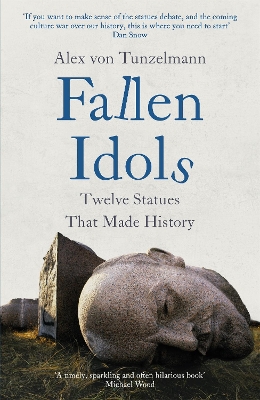 A Preview for this title is currently not available.
More Books By Alex Von Tunzelmann
View All