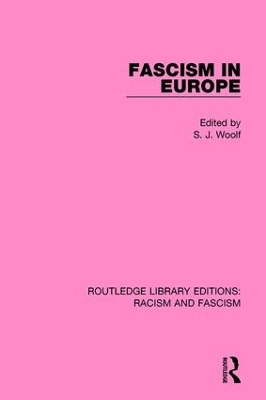 What was fascism, why did it gain support between the wars, and could it happen again? This collection of essays, published in 1981, by leading authorities on the subject, offers a comprehensive study of European fascism, with a detailed analysis of its roots, its extraordinary strength between the two world wars, and its prospects in modern Europe. The essays discuss the economic, political and social conditions out of which individual fascist movements arose, the crucial problem of why a few fascist parties succeeded but most failed. The essays on Italy, Germany and Spain examine the continuities and contradictions between the fascist movements in opposition and the fascist regimes in power. The introductory and conclusive essays are concerned with the overall problem of the historical nature of the fascist phenomenon, but all the papers address themselves directly to this theme, testing the generalizations made by social scientists against the historical experiences of individual countries. Besides Italy and Germany, which harboured the major fascist movements, the countries discussed range from those with traditional parliamentary democracies - such as England, France, Belgium and Norway - to the new states which emerged from the collapse of the central European empires, such as Austria, Hungary, Romania and Poland. Originally published in 1968 under the title European Fascism, this survey acquired a worldwide reputation for its excellent and wide-ranging account of the history, role and functions of fascism in Europe. The present edition contains six new or wholly re-written essays and three substantially revised ones.

Other Editions - Fascism in Europe by S.J. Woolf 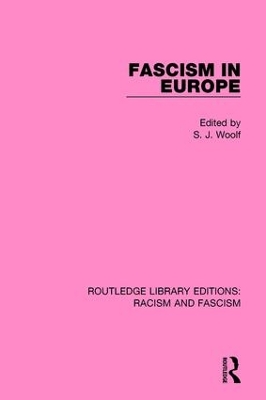 A Preview for this title is currently not available.
More Books By S.J. Woolf
View All