Hard right-wing politics is growing in popularity in America, marked by Donald Trump's success in the 2016 election, and it is worth questioning what this means for the American democratic system. This book seeks to explain the vulnerability of democracies to the appeal of right-wing politics through a contemporary case study of the US, and how democracies are possibly under threat from a conflict between popular attitudes and institutional paralysis. Various forms of American right-wing extremism are examined here, such as the alt-right, the radical right and the Religious right, but their perceived relevance to Trump's victory is questioned. Even still, this book asks the question: can the far-right prevail under the American way?

Other Editions - Fascism, Populism and American Democracy by Leonard Weinberg 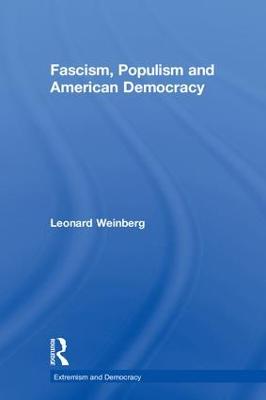 A Preview for this title is currently not available.
More Books By Leonard Weinberg
View All