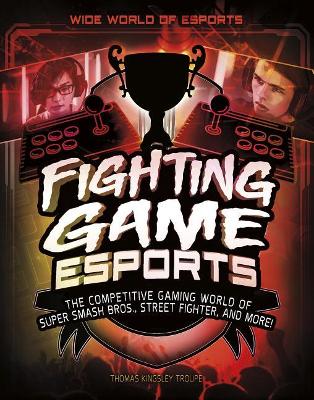 You don't need to be pro boxer wrestler or MMA fighter in real life to make big money in the ring. With plenty of practice quick reflexes and creative moves players of Super Smash Bros. Street Fighter and other fighting games can hit the big-time on the esports scene. Championship titles fame and huge cash prizes await the very best players. But it takes a lot of hard work to become the best. Learn all about fighting game esports leagues and what it takes to compete full-time as a professional esport gamer. The Capstone Interactive edition comes with simultaneous access for every student in your school and includes read aloud audio recorded by professional voice over artists.