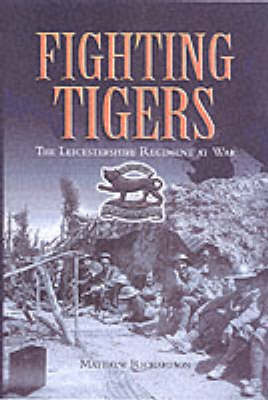 The Leicestershire Regiment at War

Rather than being a conventional regimental history, Fighting Tigers instead picks out fourteen classic actions and campaigns fought by men of the Leicestershire (later Royal Leicestershire) Regiment. These are some of the actions in which the bravery and determination of 'The Tigers' shone through most clearly. The book also illustrates the bonds of kinship which within a family regiment such as the Leicesters are extremely strong, with several generations serving at different times, and surnames often recurring. The book covers the Boer War, First World War, Second World War, Korean War and the 'undeclared' war in Borneo in 1963. The actions covered include Ladysmith and the Somme via the evacuation at Dunkirk to the jungles of Burma, and thence to the hills of Korea, along the way charting the characters and the commanders of various battalions, and chronicling the Honours and decorations which were gained.

A Preview for this title is currently not available.
More Books By Matthew Richardson
View All