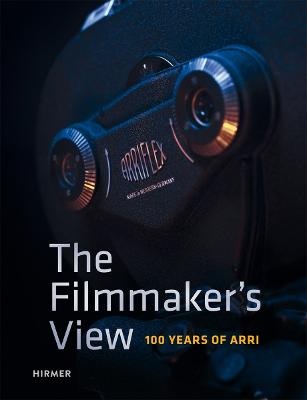 Description - The Filmmaker's View by Arri

As its centenary year gets underway, ARRI looks back at its rich history, assesses the values and principles that have helped it reach this milestone anniversary, and sets its sights firmly on the future. 2017 marks 100 years since August Arnold and Robert Richter rented a small former shoemaker's store in Munich and set up shop as a film technology firm. The two young friends started with just one product: a copying machine they built on a lathe Richter ha d received as a Christmas present from his parents. Taking the first two letters of their surnames, they christened their new enterprise ARRI. Arnold and Richter were camera operators, film producers and an equipment rental outfit before they ever manu factured an ARRI camera. From the very beginning they worked directly with filmmakers and the insight they gained helped them to develop equipment that met real on - set needs. First and foremost they were film enthusiasts, driven by a love for visual storyt elling and technology. In today's industry, with technology driven at breakneck speed by marketing hype, this philosophy of listening to what filmmakers want - rather than telling them - is more The Academy of Motion Picture Arts and Sciences has recogniz ed ARRI's engineers and their contributions to the industry with 19 Scientific and Technical Awards. On the occasion of the anniversary year ARRI has spoken to about 200 filmmakers - film directors, cameramen, gaffer, historians, producers, technicians, in novators and inventors - from around the globe and asked them about their view on the film industry, t echnology , and art as well as their stories about this world - k nown manufacturer. We tell the story of ARRI, but not as one long essay: We offer a collection of short films; experiences and short ane c dotes : a kaleidoscope about the history of the company, the technical achievements, the involved people, about clients, using the equipment and services. They talk about how ARRI and how the inventions helped them telling their stories.

A Preview for this title is currently not available.
More Books By Arri
View All