Fine Cuts: Interviews on the Practice of European Film Editing

In the expanded second edition of Fine Cuts, Roger Crittenden reveals the experiences of the greatest European film editors through his warm and perceptive interviews. This new edition builds on the foundations laid out in 2005, including interviews with the editors of films such as Day for Night, The Sacrifice, The Kid with a Bike, and Fanny and Alexander; new interviews with editors of such films as Tyrannosaur and The Other Side of Hope; and editors from a wider range of countries, including Austria, Belgium, Finland, Portugal, and Russia. The book now embraces all aspects of post-production, with insights into sound editing from Larry Sider, originator of the renowned School of Sound, and music composition from Oscar winner Dario Marianelli (Atonement).

Editors relate their experiences with directors including:

Other Editions - Fine Cuts: Interviews on the Practice of European Film Editing by Roger Crittenden 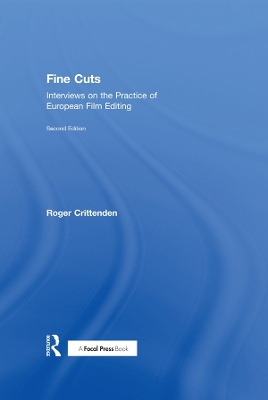 A Preview for this title is currently not available.
More Books By Roger Crittenden
View All